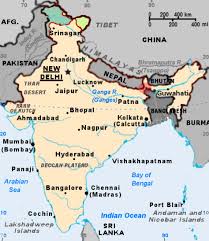 23 Feb 2015, Kathmandu – Nepal and India have postponed the field work to repair, maintain and upgrade border pillars till March 11 following request form the Indian side.
The field work was scheduled to commence from far east to Sunsari section on Monday but the authorities said the Indian side on Sunday requested the Nepali side to carry out the work simultaneously from three

stretches–Taplejung to Sunsari, Sunsari to Chitwan and Chitwan to Darchula–starting March 11.

According to Madhusudan Adhikari, director general of the Department of Survey, the two sides, earlier, had decided to commence the field work from far east to Sunsari stretch on Monday and east of Chitwan section on March 9.
Adhikari said the Nepali side is prepared in terms of logistics and all concerned officials have been trained for the purpose. The Indian side reportedly sought additional time saying that they are yet to complete some preparatory works.
Once the field work begins, separate Joint Field Survey Teams (JFST) will be dispatched to take stock of the current status of the border pillars as per the joint maps prepared by the two sides in 2007.
The two countries have prepared 182 sheets of boundary maps which include highly disputed areas such as Susta and Kalapani. The two areas spreading over 40 kilometres of the 1751-kilometre Nepal-India border were not covered in earlier surveys.
Officials from the two countries met in Biratnagar and Birjung in the first week of February and decided to begin field work on the both sides of the boundary. The two sides aim to complete the maintenance of border pillars within four years. This is the first time Nepal and India are conducting filed survey simultaneously in three sections.
“One team, with four additional detachment groups, will be will be mobilised in each section,” Adhikari said, adding, “The first team will keep record of pillars, the second will reconstruct missing or damaged pillars, the third will clear the no man’s land, handle the cross-holding issue and conduct inventory, and the fourth one will study GPS and coordinate the border pillar and boundary along with the maps prepared by both sides.”
The two neighbours had agreed to form Nepal-India Boundary Working Group during the visit of Indian External Affairs Minister Sushma Swaraj in July and also directed it to commence work at the earliest.  According to Adhikari, Nepal and India have erected a total of 8,553 pillars along the border, of which 1,325 are missing and 1,956 are damaged. “We will erect new pillars where the older onles are missing and the existing ones will be painted white. We anticipate that the issue of cross-holding will take more time than erecting or renovating the border pillars,” he said.
Advertisements